Some time ago (back in March 2016), Comptoir de l’Aviation had presented a Messerschmitt Bf-109 pilot control stick excavated from diggings. This is another one also unearthed, but of different origins even though there are unknown. 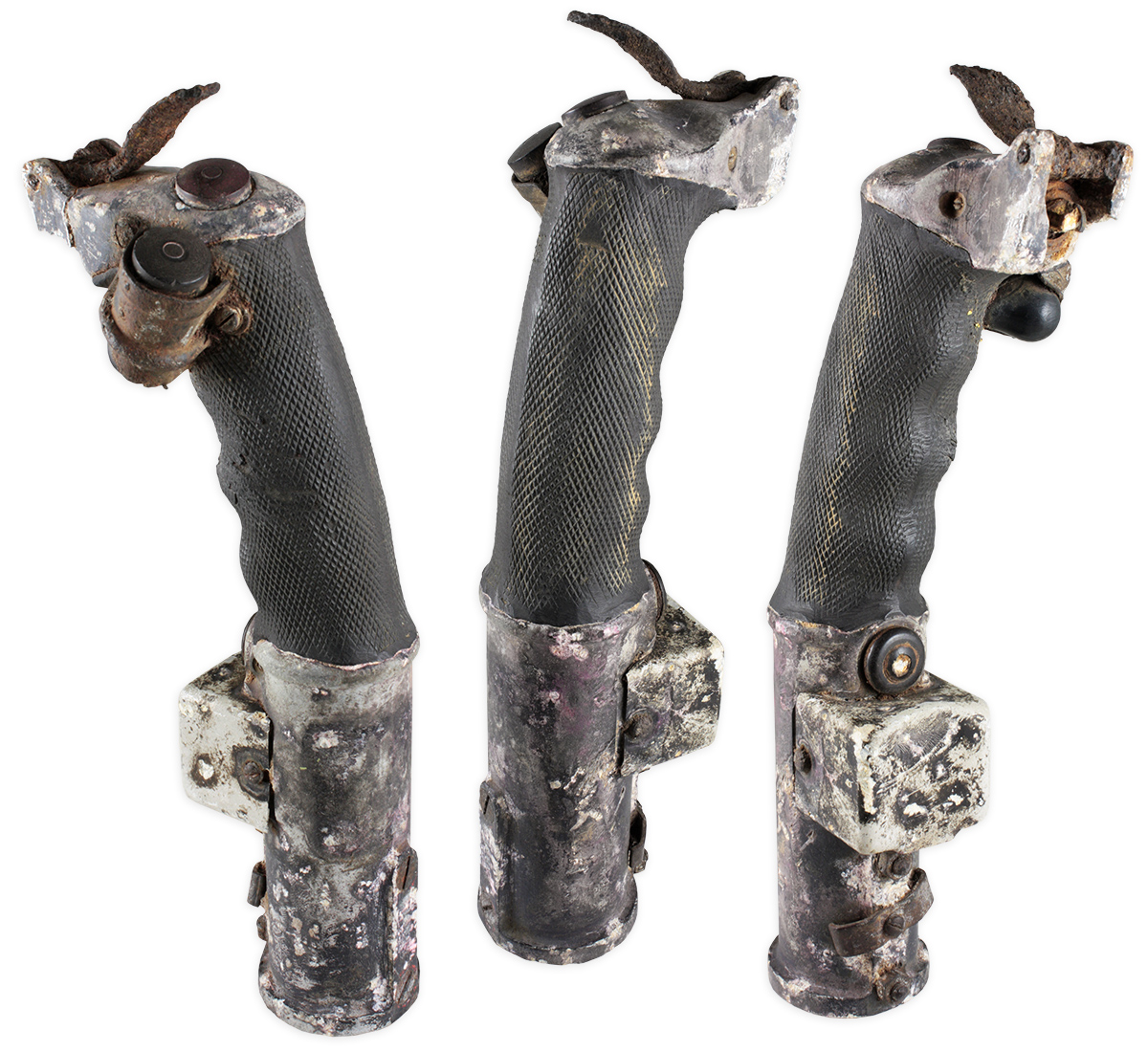 The first piece presented in 2016 was buried underground as evidenced by marks of soil. This new piece has clearly been found in water. Some of its parts are corroded and it bears traces of concretions. Despite its age and being in the water for a long period, it is nonetheless in a good condition. 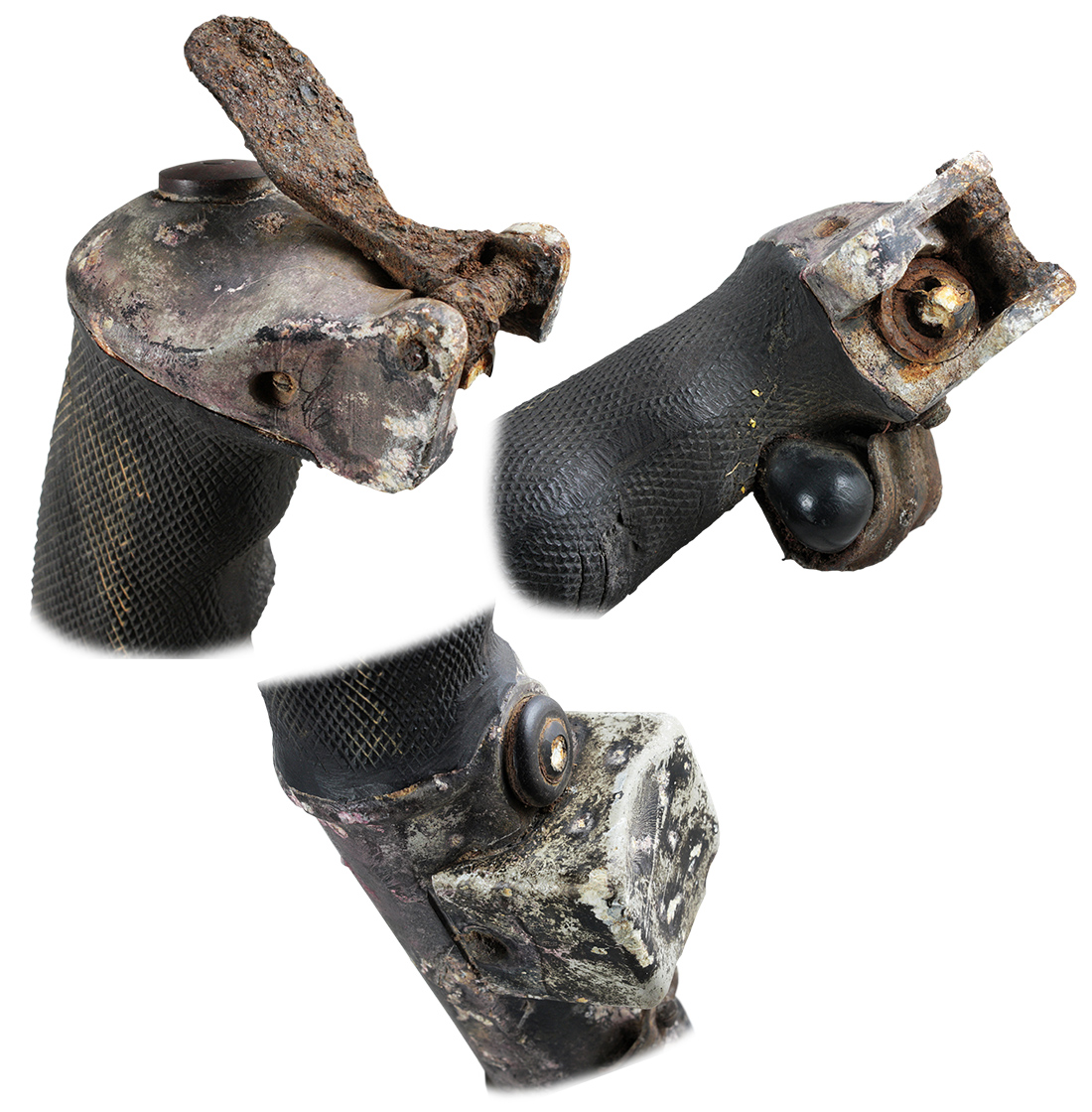 If one wishes to collect such a piece for the thrill of owning a part of a WWII legendary aircraft, then pilot control sticks in excellent condition and slightly more expensive can be found. No, this particular piece is appealing because it has a history, even though it is not known. We notice right away that this is not something from a stock or a trophy taken from a plane at the end of the war. We don’t know why the aircraft where that control stick was fitted ended in the water, but given the historical context, one can imagine this was not due to a mere engine failure...

As mentioned about the control stick previously sold, this piece is interesting because it is moving and it possesses a soul.