The Models that Came in From the Cold

We present here two models, both sea planes and both from Beriev, the Russian aircraft manufacturer.

The first model is a Beriev Be-42, a jet-engined amphibious flying boat with swept wings. The first flight of the prototype was in 1986 and was presented at the Le Bourget air fair in 1991. The project was eventually suspended and the prototype is the sole model of this aircraft that ever existed. 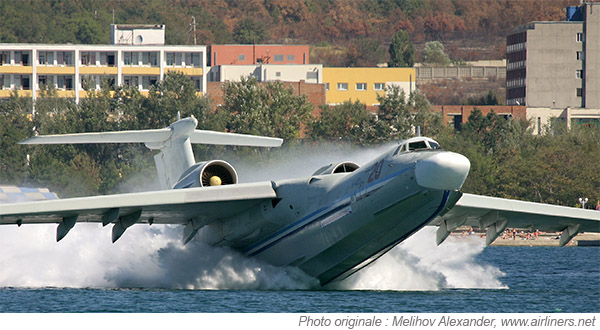 This is, of course, a manufacturer model, with its distinctive stand. Resin made at the 1:100 scale, this piece is in excellent condition, bar a few and sparse shards on the decoration. The fine lines of this piece make it look like a 3D aircraft representation straight out of a comic book. 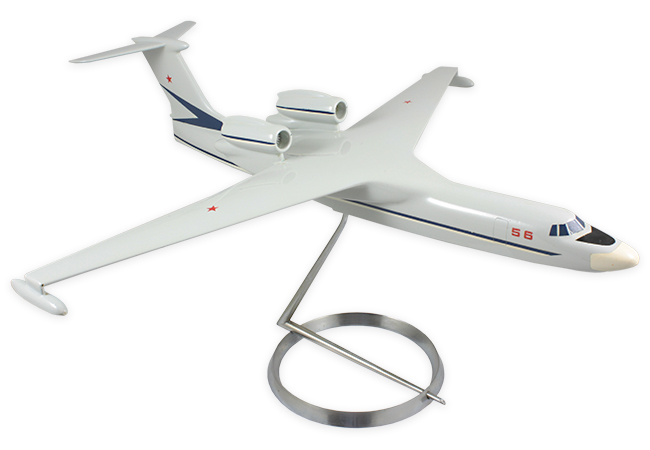 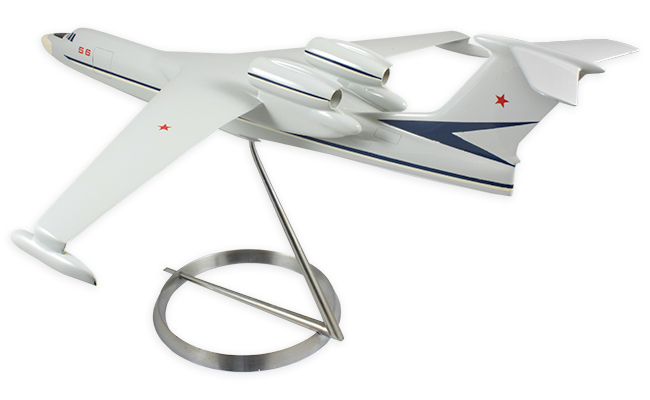 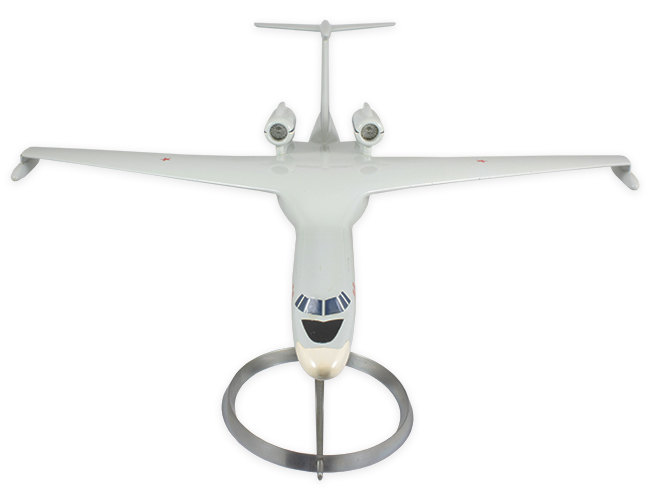 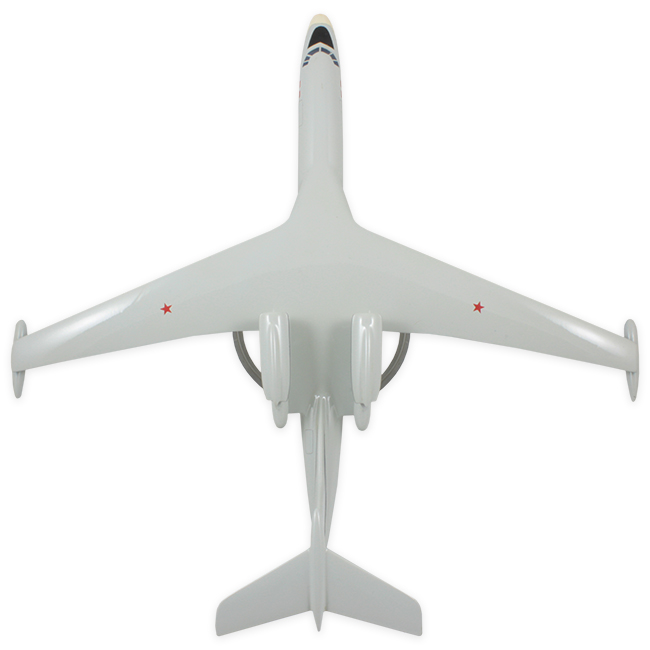 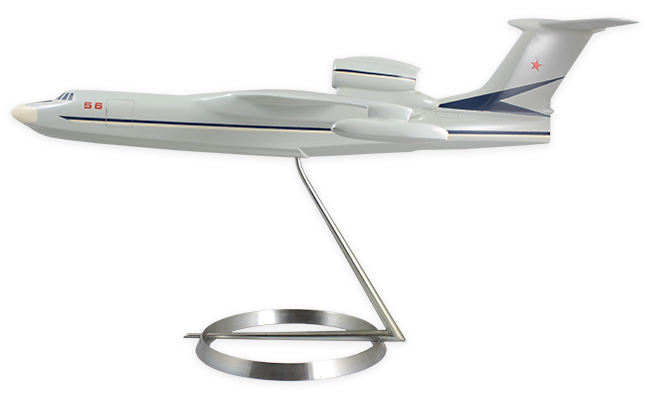 The second model is the Beriev Be-200 that follows and is an improvement to the Be-42 whose first flight dates back to 1998. Unlike the Be-42, this version went into production. About 30 aircraft were built, most of which were acquired by Russia (14 aircraft for the equivalent of homeland security, using the aerial fire fighters type and 6 aircraft for the Department of Defense). 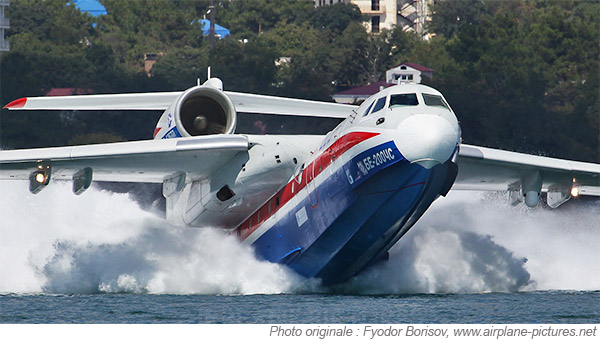 The 1:72 scale model is made of hard plastic. It comes in its original casing (a wood like adhesive covered cardboard box). It is in perfect condition and was assembled for display purpose. 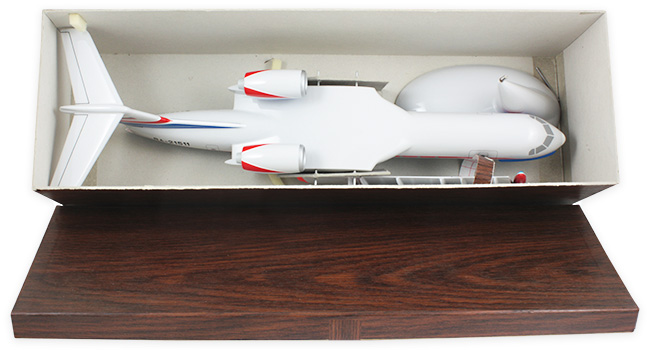 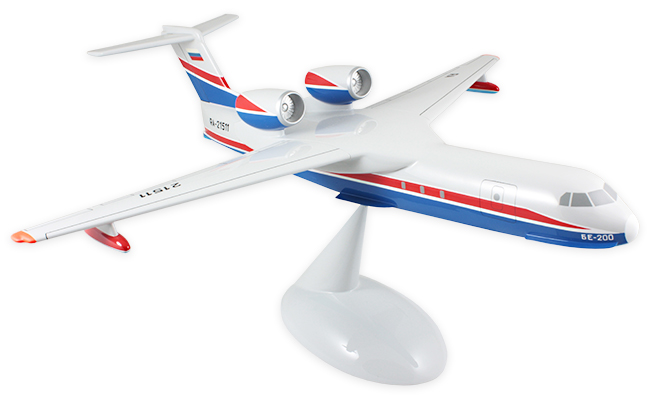 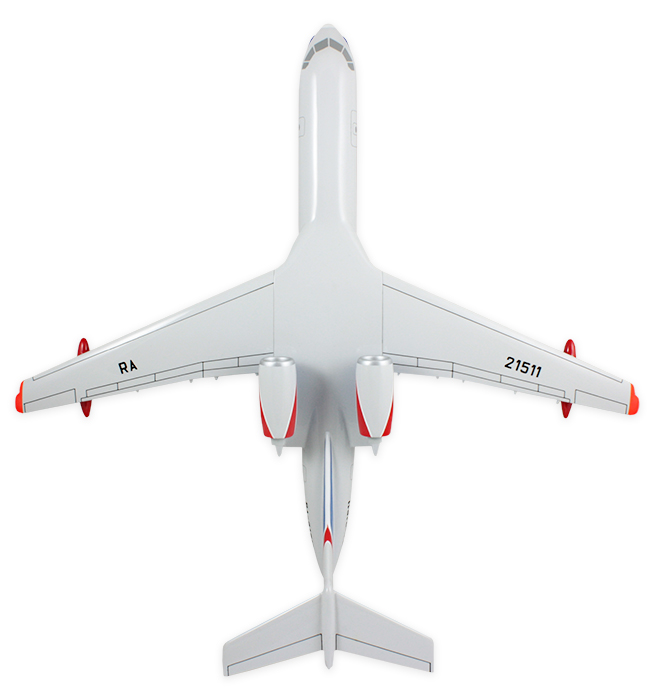 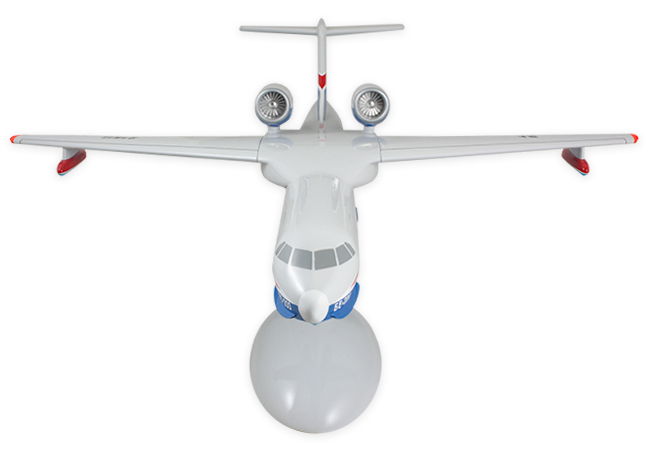 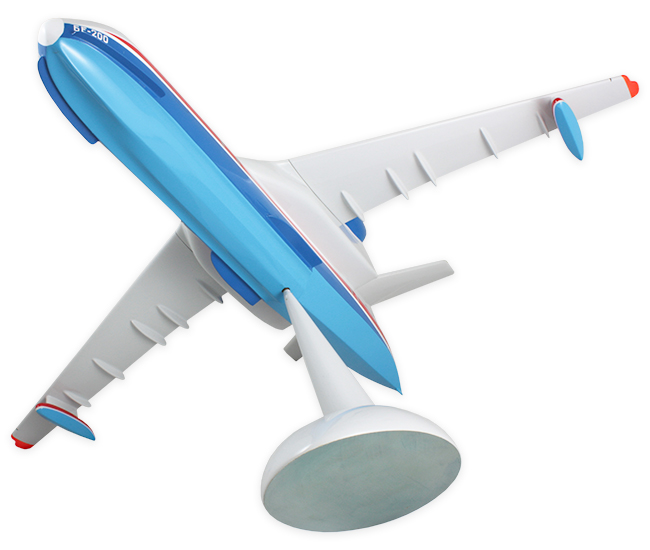 These two pieces make for quite an interesting set: first they are rare, second, they are two projects intimately related, following each other chronologically and made by the same manufacturer, lastly, they reflect the historical evolution that set them apart: one bears the Soviet red star while the other model displays the Russian livery.