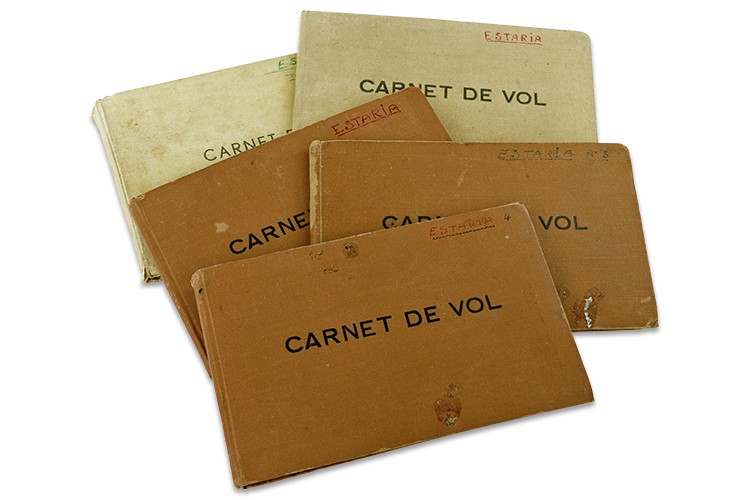 Set of 5 pilot logbooks from 1948 to 1961 that belonged to Jean André Estaria. He was a pilot in the WWII Free French Forces and then became an airline pilot. The logbooks relate on one hand his flights for Air Algérie, mainly on DC-3 and SO 30P, and on the other hand those for the IGN (French National Georgraphic Institute) flying the Hurel Dubois HD 34 and the B-17G.