When the accessory is essential

Sometimes circumstances allow objects to go through the years in their original packaging. This is of course appreciated as the object in question comes with an additional attribute – its original box – and above all the rare opportunity to own an object in perfect condition

This is the case for this model representing a Vickers Vanguard on a scale of 1/72. The model is a Walker Westway Models production from the era and partially bears the colours of the English company British European Airways

The model bears the registration of the plane that served as a Vickers demonstrator in the Paris (Le Bourget) Air Show. The plane, however, has never flown for the company with these colours since as soon as it begun service the G-APEA re-painted it in the new BEA colours, midnight dark blue with large red rectangles on the wings. It is likely that this model was to have been produced for Vickers rather than a company model.

Either way, the piece is in very good, even excellent condition. It does of course have a few little defects due to its 55 years such as tiny fragments of chipped paint on the fuselage, a bit of flaky paint on some of the (original) wooden spinners and an old but light paint retouch at the top of the tail.

Despite these minor details, it is still a beautiful and finely-crafted model. It is made from aluminium with painted decoration. The different markings have been finely applied with paint rather than by using decals. This is a sign of production quality and has helped the model retain its bright colours by preventing the risk of yellowing.

Whether displayed in its box or on its base, this is a beautiful collectors item. Its production quality and appeal mean that it is not purely dedicated to English collectors! 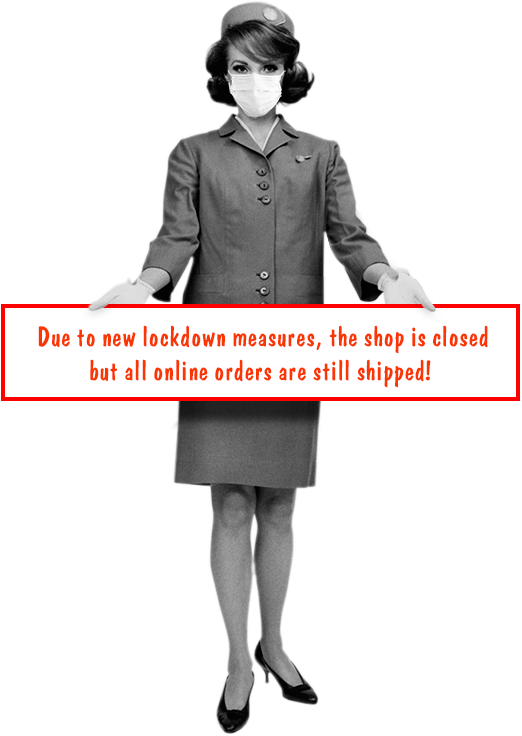