By Philippe Agulhon
In
Views (173)

Even though the photos could suffice to introduce this model, it is indeed worth writing a few lines to describe it. This is the Potez 25 renowned for its involvement in the famous “Croisière noire” led by General Vuillemin between the end of 1933 and the beginning of 1934. But as early as 1929, the Aéropostale used it for its particular climbing capabilities to cross the Andes. Potez 25 made the headlines when Guillaumet crash landed in the same Andes and the plane was shown at its worst angle! 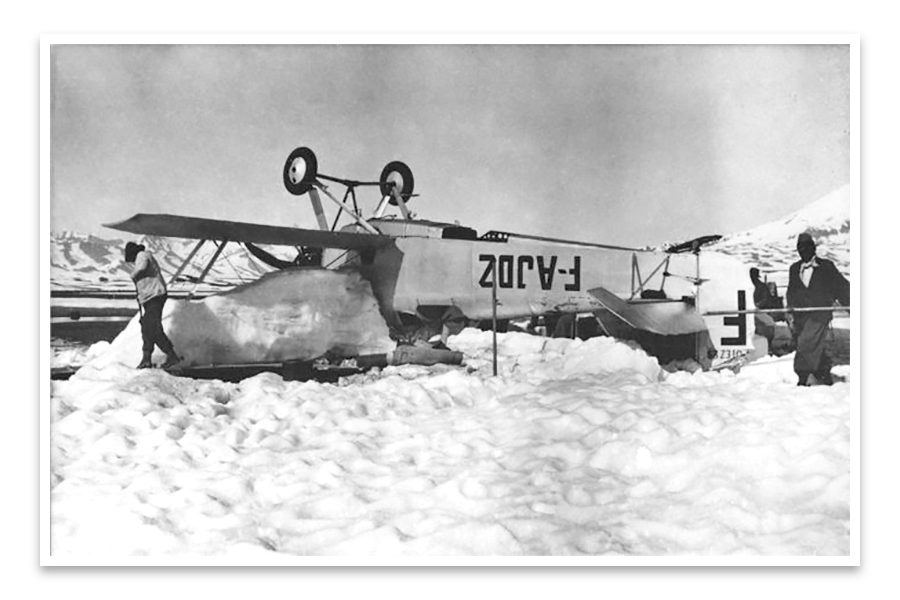 The aircraft is presented here in its military version, equipped with observation and armament gear, comprising a machine gun in the rear turret. Made entirely in brass, this model is vintage and was obviously constructed with care by a passionate! 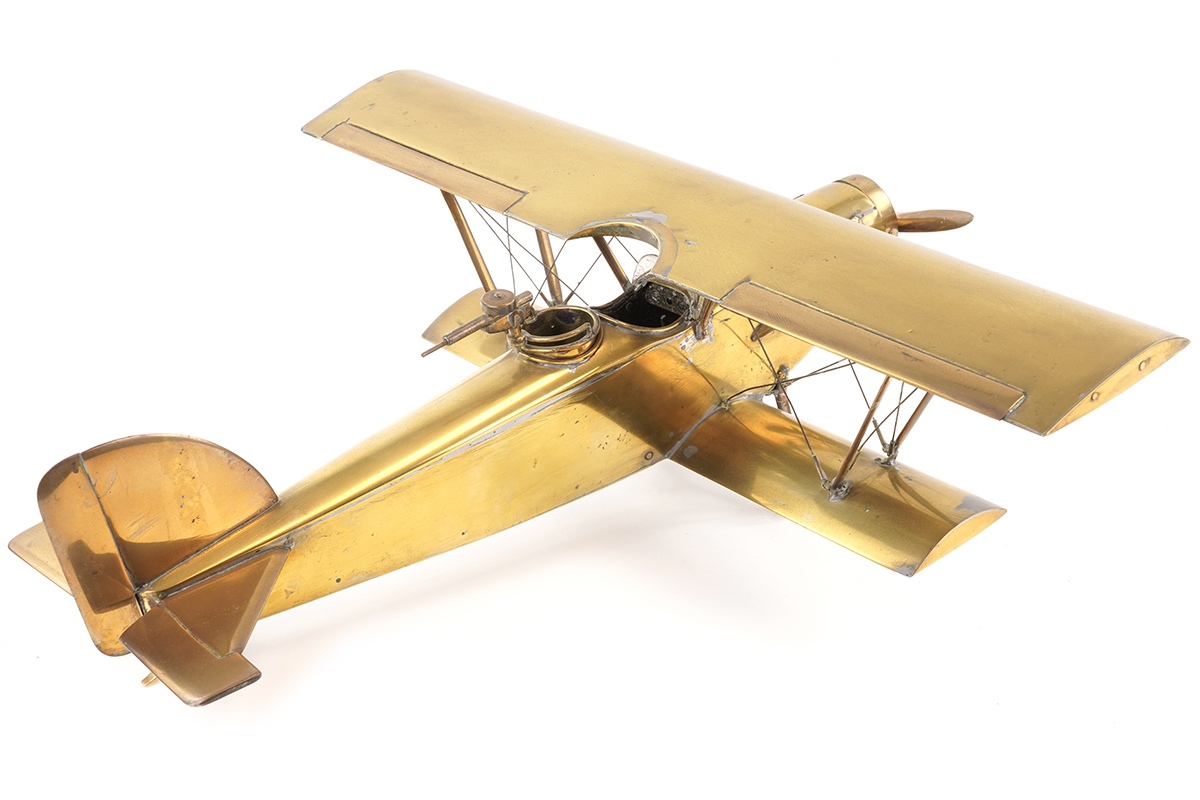 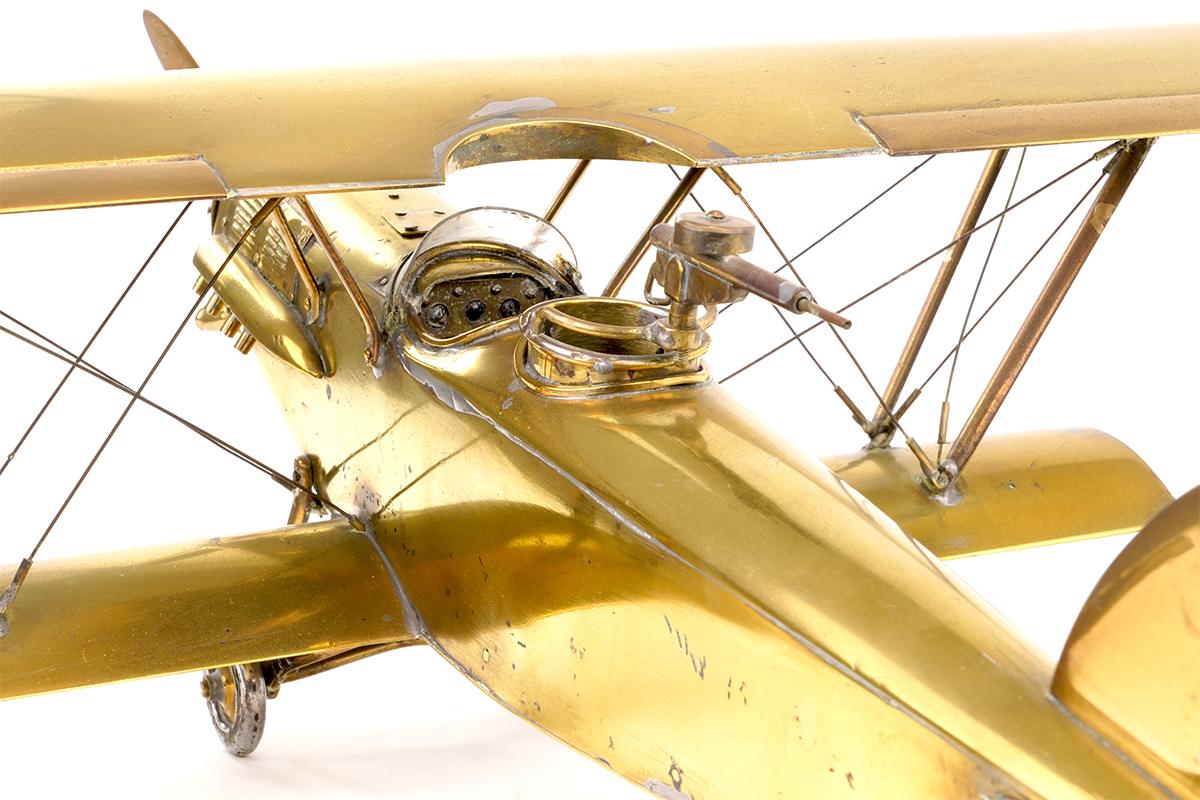 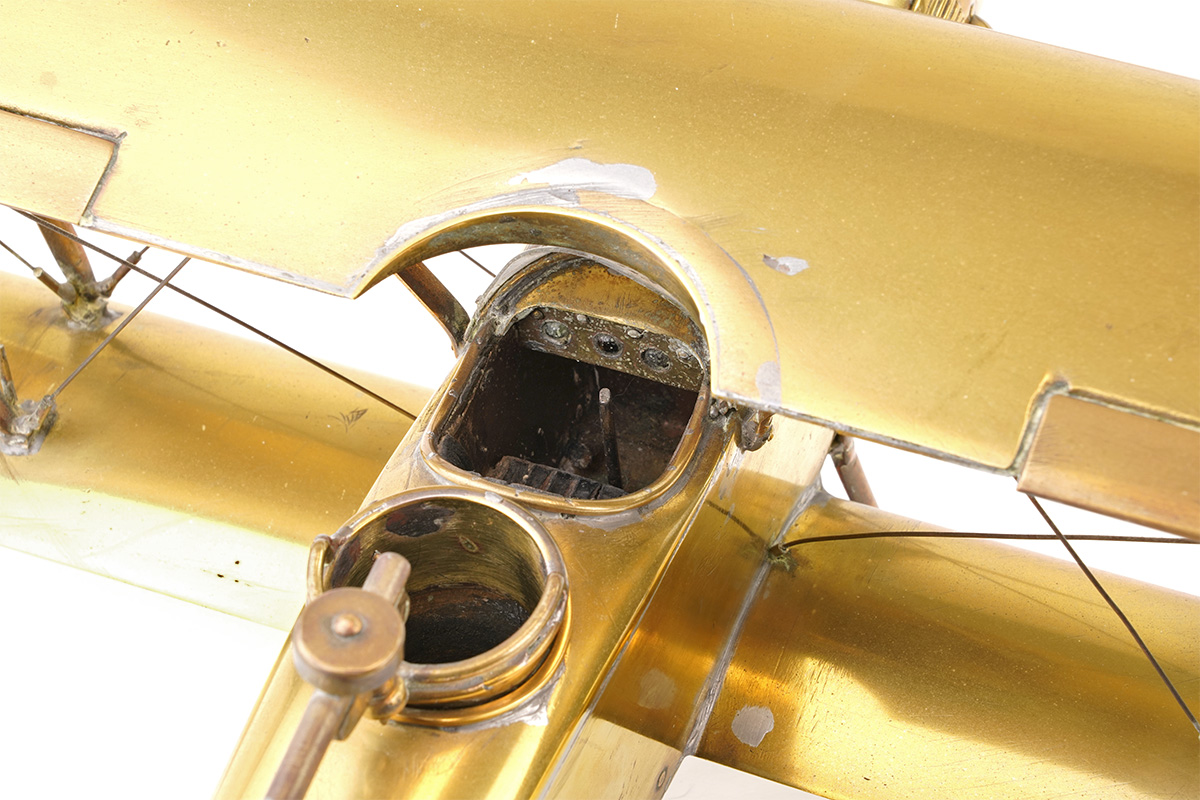 This is quite an elaborate hand-crafted piece that bears only a few flaws to be expected on that type of item. For example, the wings are undersized, but this particular detail adds a certain appeal to the object and brings out the remarkable brass work of this model made in the ’30s. 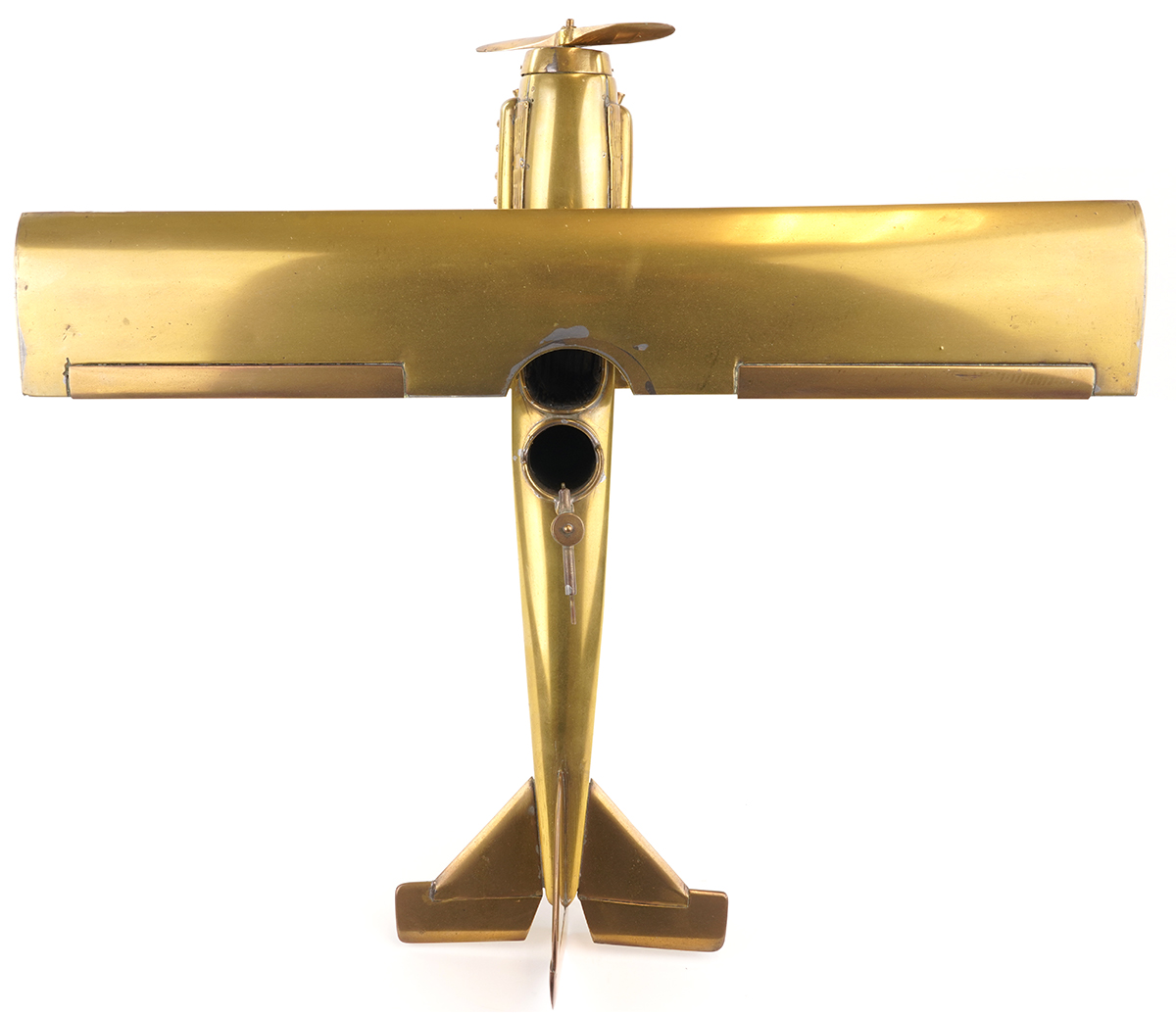 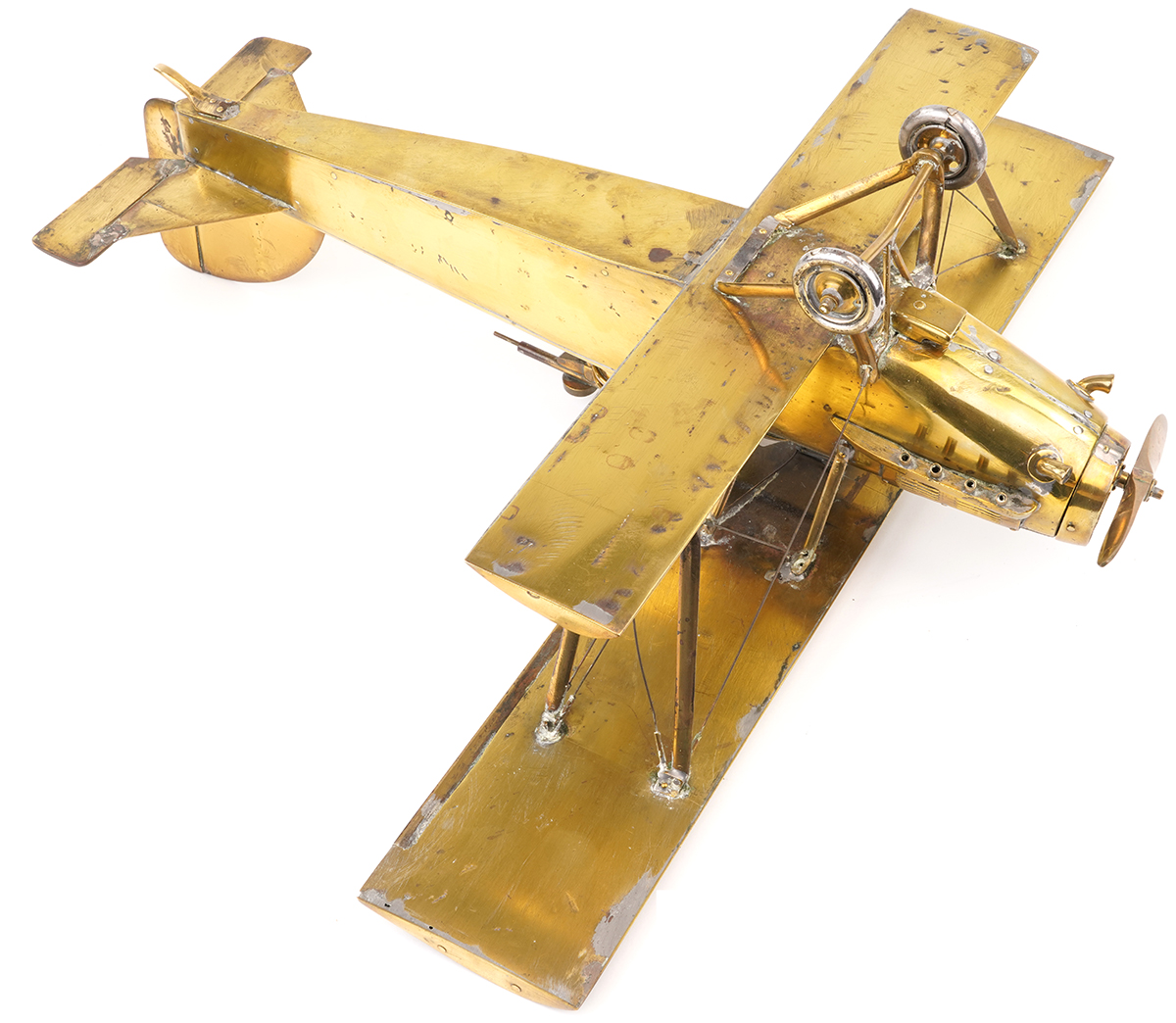 That kind of brass model is usually of a small size. Yet this piece stands out by its measurement. For proof: wingspan: XX, height: XX, weight: XX. This is indeed an atypical and unique model! 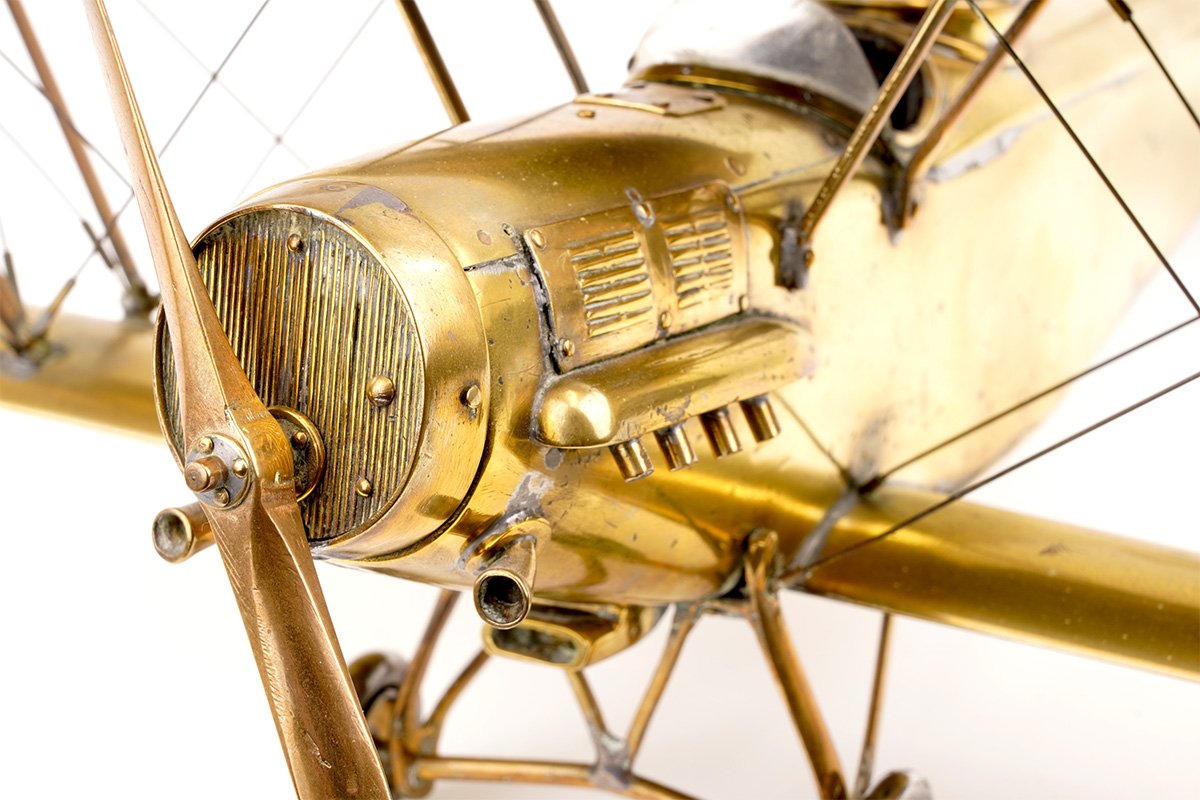 Available in the catalog