From Air Orient to Air France

Of the four companies that formed Air France in 1933, it is certainly Air Orient that left a lasting impression as it was decided to keep its dragon-tailed winged seahorse logo for the new French national airline.

Following the merger, Air France naturally kept among its fleet the eight Fokker F-VIIb previously owned by Air Orient. In the early ’30s they operated the Damascus-Saigon route as part of the Marseille-Saigon operation.

The model presented here is not only old but it is also a memento of the Air Orient Airline and a testimony of the history of Air France.

Needless to say, that as one of the first agency models, it is also contemporary with the aircraft. In an exceptional condition, it will nonetheless celebrate its 90th anniversary this year!

The real value of this piece lies in the fact that it bears the Air Orient colours. The orange and midnight blue livery was kept on the airline’s planes as well as their original registration number. That same aircraft, F-ALUK, is shown in a photo flying over Damascus before Air France was created. 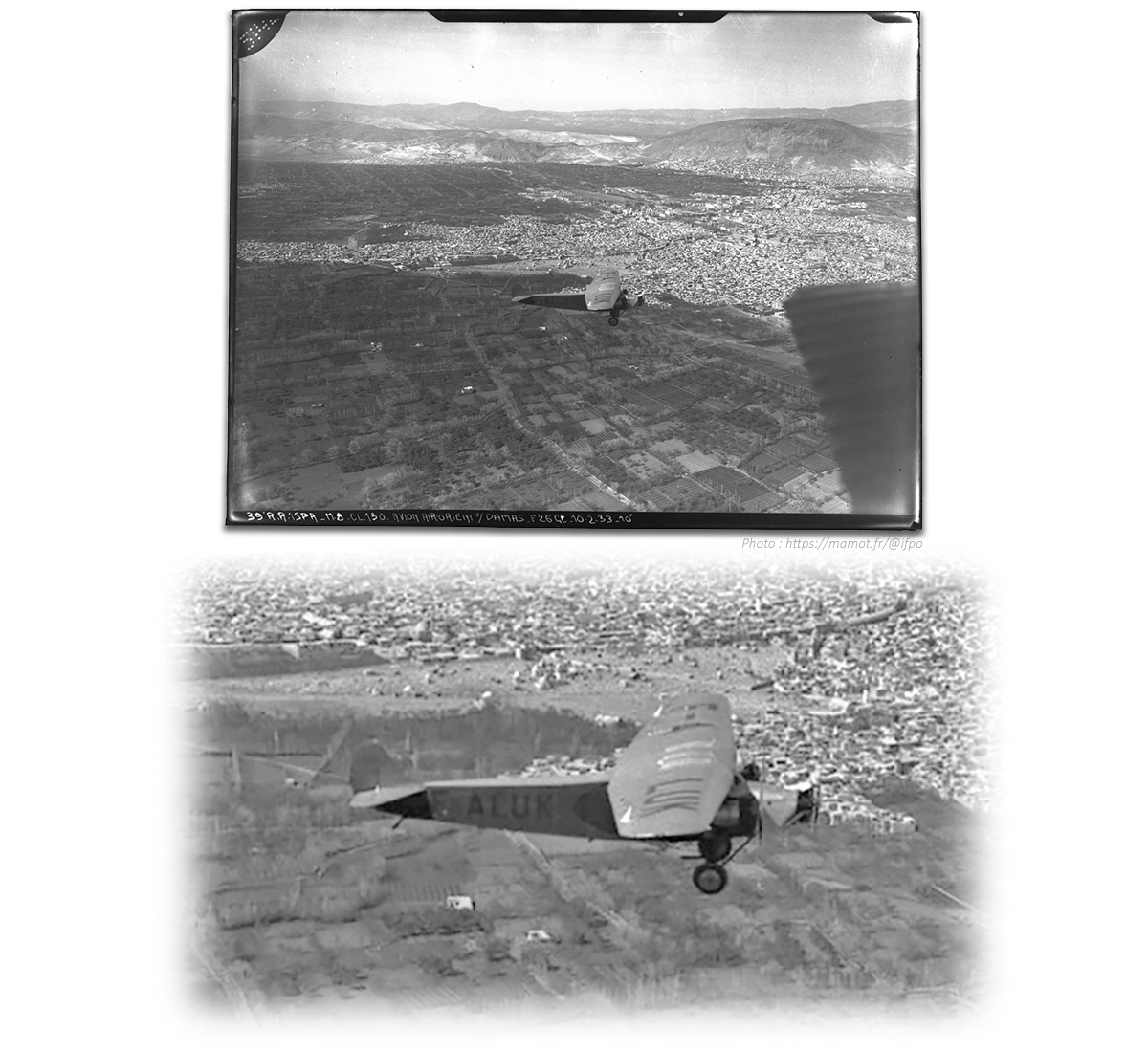 Incidentally, we can clearly see on both sides of the fuselage of the model that the word ‘France’ has been painted over the original ‘Orient’ (as with the letters ‘A’ and ‘O’ present in the logo) indicating that this is indeed an old Air Orient model.

This piece has most likely been manufactured through Fokker at the time when Air Orient acquired new aircrafts, because this is a Dutch production: the manufacturer plaque on the fuselage shows the ‘Model V. Pelt, ZEIST, Holland’ inscription. The scale is 1:25 with a wing span of 86 cm and a length of 57 cm. All the component parts are in metal except the wing made of wood.

This is an exceptional piece not only because of its condition despite its very old age, but most of all because it is a ‘historical’ object, a testimony of the early days of the French national airline.